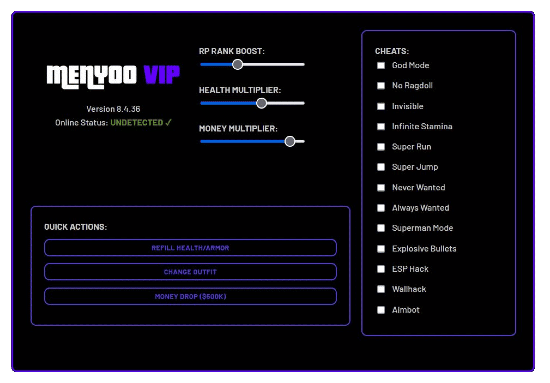 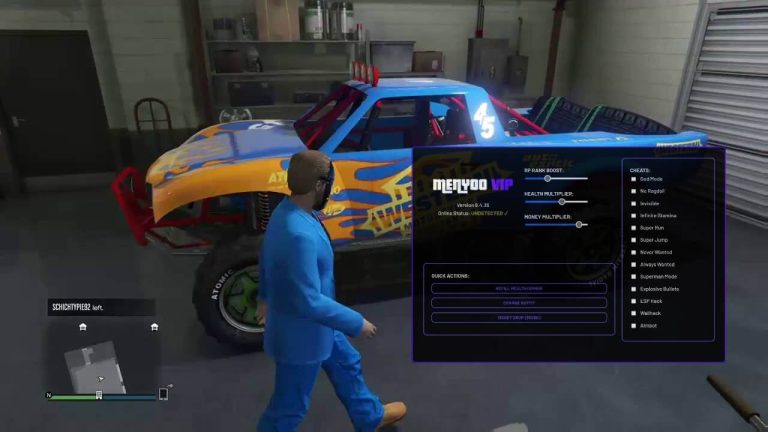 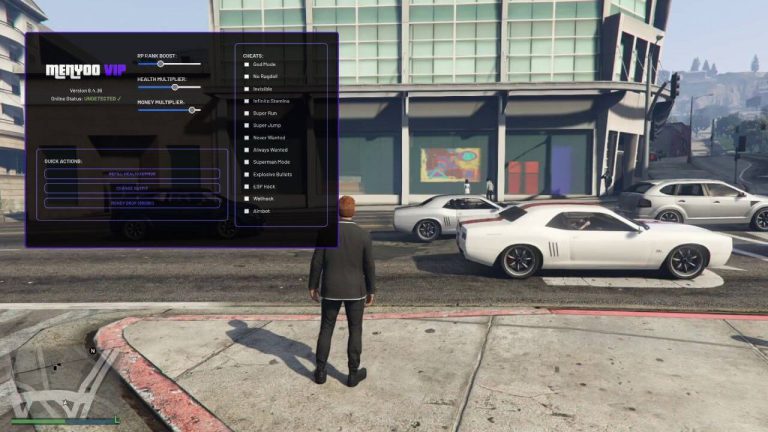 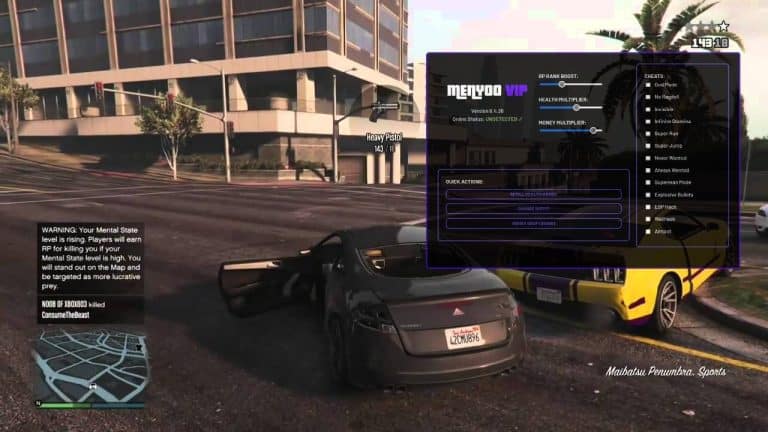 This is the VIP version of Menyoo, which means it can be used online! 👍

How to use Menyoo

Menyoo is a popular mod menu for the game Grand Theft Auto V. This trainer allows players to gain access to a wide range of cheats and modifications that can be used to enhance their gameplay experience. Some of the features that Menyoo offers include the ability to spawn vehicles, change the weather, and even teleport to different locations within the game.

One of the most powerful features of Menyoo is its ability to spawn and customize vehicles. With this feature, players can spawn any vehicle they want, including cars, motorcycles, boats, and even aircraft. They can also customize the vehicles by changing the color, adding custom parts, and even tuning the engine.

Another great feature of Menyoo is its teleportation system. This allows players to instantly teleport to any location within the game, including the top of tall buildings or the middle of the ocean. This feature can be especially useful for players who are trying to complete certain missions or objectives within the game.

Overall, Menyoo is a powerful and feature-rich mod menu that can greatly enhance the gameplay experience for players of Grand Theft Auto V.

How to safely install Menyoo Trainer

Before we head into the section on how to safely install the mod, there are a few prerequisites. You’ll require files from three programs by downloading and installing them on your system.

These are crucial for the installation process and the eventual performance of Menyoo Trainer. Thus, go ahead and install:

Why Use Menyoo Menu?

Menyoo Trainer is fairly unique when it comes to game mods for GTA 5. Due to the realism and tech feature Menyoo Trainer offer, even GTA 5 critics love playing the game.

The mod allows gamers full control of whatever is happening within the game. Avoid shameful battles and secure your territories by availing yourself of Menyoo Trainer from our website today.

Trust us! It will take years before your enemies can realize how you’re winning.