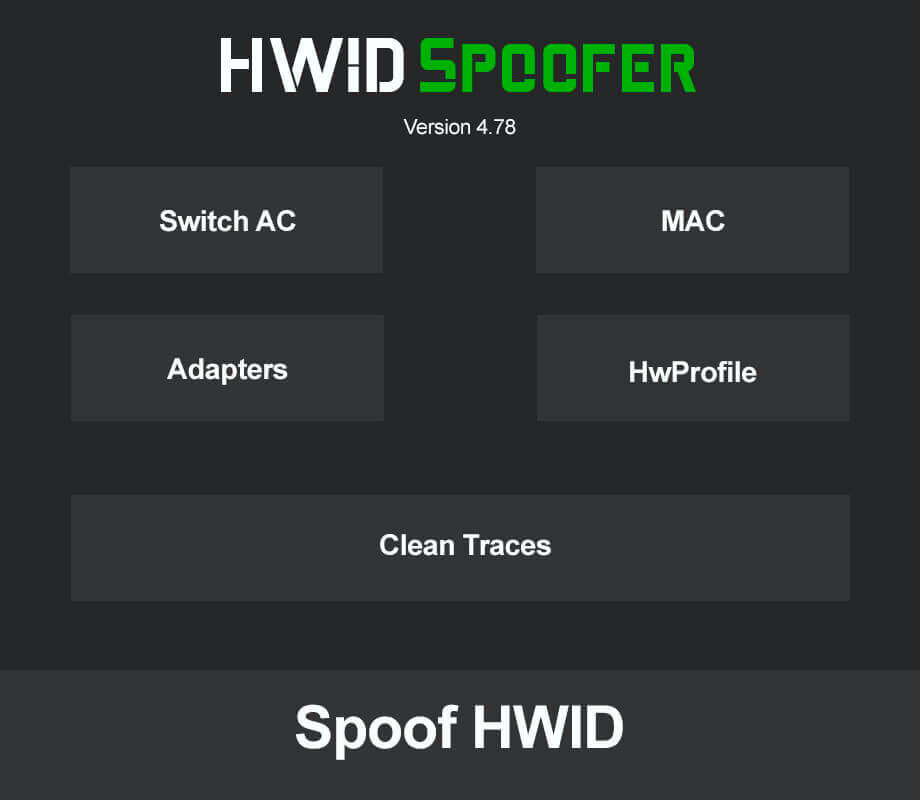 How to change your HWID with Lydian Spoofer

Lydian Spoofer is a next-generation solution that will solve all your PC ban worries and give you non-stop access to your favorite game.

Lydian Spoofer is a program that will allow your PC to get access a game even after it’s banned from the servers. Gamers all around the world use it to enhance their gaming experience.

Using game cheats can often get your device banned by the game. And not all of us have the luxury of building a new PC every time the old one gets banned. With Lydian Spoofer, you can lay all those worries to rest.

In just a few super-easy clicks, you can get back into the game with your banned PC as if nothing happened. It’s safe, secure, and incredibly effective.

Here are a selection of the reasons why millions of gamers worldwide use our Lydian Spoofer.

A lot of our users keep asking how Lydian Spoofer actually runs and works. So, here’s a super simplified explanation of how the program gets things done!
First, it’s important to know that your device has a unique HWID.

HWID or Hardware ID is typically a series of numbers and alphabets that can give your PC an identity. It’s usually a combination of ID numbers taken from individual components of your machine (Eg. Motherboard, CPU, etc.).

So, when gaming servers ban your device, they’re actually restricting the device with this HWID from accessing the game.

Lydian Spoofer, as a high-end program, allows you to bypass this ban. When you have Lydian Spoofer running, your HWID appears as a different ID on the game’s servers or any other network. In a sense, it looks like a different PC is accessing the game, not the one that got banned.

So, you’ll get back access to all your favorite games and still be able to use the cheats and trainers you were using when you got banned. With Lydian Spoofers, you get to enjoy the best of both worlds.

Downloading and running the program is super easy. And it only takes a minute or two (depending on your network). So, give it a try and see what true advantage feels like.